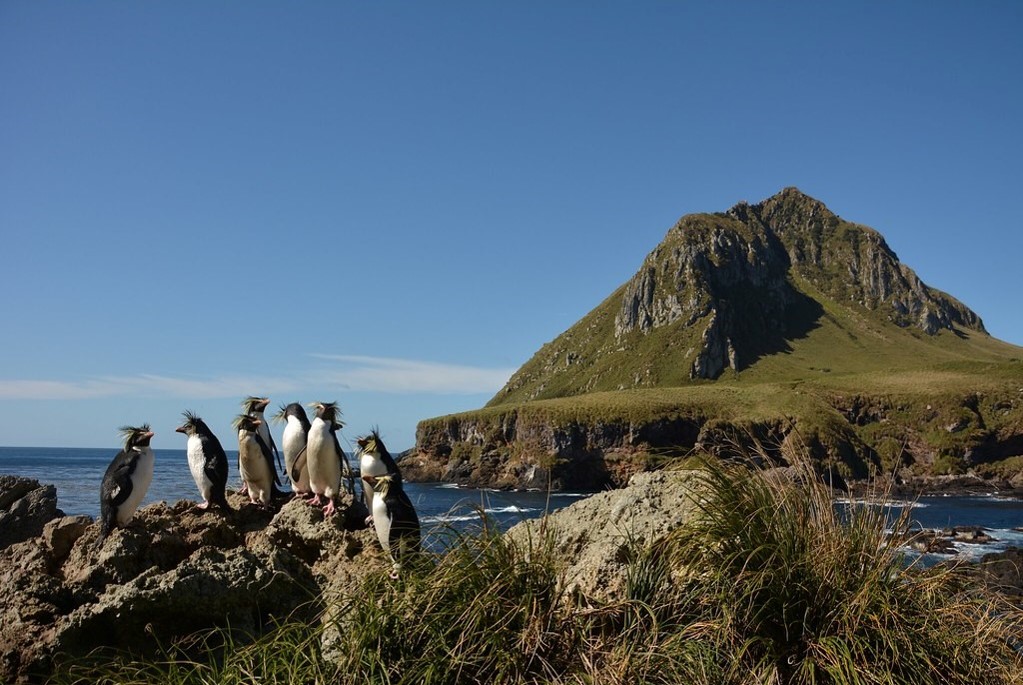 Everywhere you look there are others around. With more than 8 billion of us the human species populates, seems like, every single corner of the earth. So, how to escape? Where can we go if we want to feel isolated and encompass a moment of respite? If we want to find a place where we could live with total solitude. Where is that place?

A few options arise as possibilities early on: we can learn how to meditate, so we can escape into our minds; or find solace online and escape into the crevasses on the internet. Yet, and because we are physical beings, the answer most of us are imagining in front of such a question can also be found in distance. Within the physical world. Or more specifically, looking for the more distant place we could access, and at the same time it is the most distant to others. On earth, we have a couple of options. In outer space, there are one dreadful alternative. So let us begin a journey in looking for the farthest place we could go away from others as possible:

If we want to go as far as possible to others, a good starting point would be to find the farthest point from our current point on the globe. After all, we are currently surrounded by others, so let us get as far from this point on earth as conceivable. To accomplish that, we just need to trace a straight line across the planet, passing across the center core and continue until we reach the opposite side. This would be the antipodal point to ours. In that sense, the antipodes of any spot on Earth is the point on the surface diametrically opposite to it. Every point on the surface of our planet have an antipodal point on the opposite side and it is, mathematically, the farthest away any of us can go on the surface of the planet from our current position.

Yet, to look for our antipodal point would leave us, most probably, in the middle of the ocean, threading water. Only a handful of places on land would have antipodal places that are also on dry land, while considering our original objective is to walk away from other humans, those places are not necessarily the best alternative since we would still be surrounded by humans somewhere in South America, or Southeast Asia. A good and interesting start, yet we need to keep looking for more possibilities. For more remote and loneliest places.

The antipodes were not helpful in our search for solitude and distance, then let us truly find the place that is most unassociated with others. So, if we want to access the geographical place on the surface of the earth that is the most challenging to reach for humans, as expected, being the earth a planet filled with liquid water on its surface, we would turn to the sea to find such a point. It is called Point Nemo or the Pole of Inaccessibility. In this case then, the pole of inaccessibility can be defined as the center of the largest circle that can be drawn within an area of interest without encountering another human.

Considering this, we would only have to draw circles on different point of the earth where the center of the circumference is our position and its radio extends until we find another breathing human (on average). With some effort we would find such a point in the middle of the Pacific Ocean, in a withdrawn south east location. The radius of our circumference would be 2,589 Km long (1,670 miles) – the farthest radius, on average, we would be able to extend without touching a breathing human. The exact coordinates are 48°52.6′S 123°23.6′W just in case anyone would love to retire there.

Practically, in order to travel to such a secluded point, we would need to take a boat from the coast of Chile (or from Easter Island) and would spend around 15 days to reach our destination while still needing to carry provision for the return 15 days (making it a month round trip). Further, such a place is located at the center of the South Pacific Gyre: an enormous rotating current that actually prevents nutrient-rich water from flowing into the area. In fact, it is possible that no more than a couple of fellow humans has ever reach such a point (Spanish director Guille Cascante and competitive sailor Didac Costa officially passed over it in 2018).

The point of inaccessibility is a truly isolated place from our perspective, yet without any food sources, it is impossible to sustain any significant amount of life in this part of the ocean (other than the bacteria and small crabs that live near the volcanic vents on the seafloor below), specially compared to shallower waters.

Interestingly enough, during our stay at Point Nemo, the closest humans would be the astronauts aboard the International Space Station that would pass 400 km (248miles) above our boat every 90 minutes or so. This means Point Nemo is so remote that astronauts in orbit are 4 times closer that any tourist at Easter Island (The closest piece of land). This represents a minor inconvenience, since any help in case of emergency would be days away, for there are no shipping routes that pass nearby and no practical reasons for anyone to go there.

Yes, we would be far from others and quite isolated. Yet, we would have minimal survival possibilities, since the environment is poor for fishing and resource acquiring, while help in case of emergency would be days away. We can go to such a place, get our look-after solitude for a minute, but ultimately be only visitors. And, by the way, Point Nemo antipodal point is a desolate piece of desert in western Kazakhstan. So at least we would get to a semi-remote place on land if we choose to travel back to civilization plotting a travel route across the earth core in a straight line.

The antipodes were not helpful in our search for solitude and distance while point Nemo only offered isolation that is somewhat impractical. If we then pivot into finding the place we could get away from civilization, on land, and still carry a normal life; where would it be?

Tristan da Cunha, and island in the south Atlantic, which lies midway between Africa and South America is the answer. With a population of 265 people, 300 cattle and 500 sheep; all living in around 4.0468 Square kilometers (around 1,000 acres) of poor scraping land, it is an isolationist paradise. It is a British Overseas Territory with its own constitution, there is no airstrip of any kind: the only way of travelling in and out of Tristan is a six-day trip from South Africa by boat. A trip that only happens, commercially, once a month.

This is a prime option if we want to get into an isolated and remote place and still live a normal life. Actually, in 2016 the island officials advertised in the National Farmers Union of the UK as an idyllic place for farmers to come, describing the place as having a problematic financial system (no credit cards) with difficulties to self-maintain just from lobster exports and limited revenue from tourism. Now, they are on the search for a farmer who can transform the land to harvest fruits, vegetables and other crops reducing its reliance on imported foodstuffs.

The island only got its own postcode 10 years ago and it is the farthest we can to escape and still be within civilization. But what about if we want to escape civilization, to a place so remote and inaccessible, that no one could ever reach us because the laws of the universe would impede so. Let us move our sight towards space itself.